The king of cheeses: How to enjoy Brie cheese? 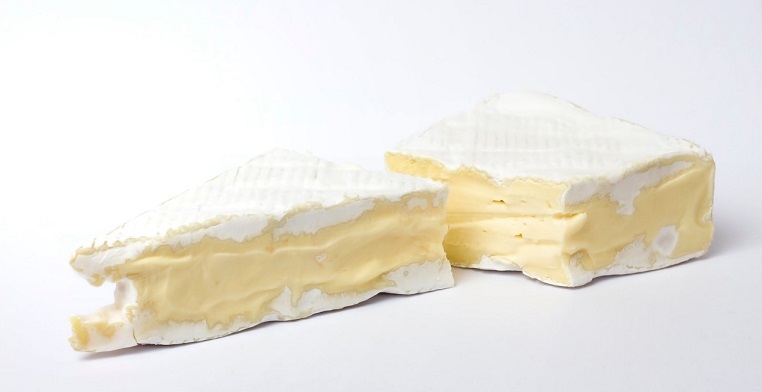 Known as the “King of Cheeses”, Brie cheese gained this fame when its nobler relative Brie de Meaux (French cheese with AOC) won this title at the Congress of Vienna in the 19th century. Originally produced in the France, it is also known as Parisian cheese. Later, it has become popular in the world. Brie cheese can be found in any good supermarket. We can also find some industrialized imports.

Its velvety white bark is the result of the action of a fungus, which not only gives its characteristic appearance, but also promotes its maturation from the outside to the inside. Have you noticed that the younger Brie has the mass around the softer, greasier shell, while the center is denser? It is a result of mold action. Over time, its enzymes make the cheese’s texture more flexible and its flavor more pronounced. At the end of this process the flavor is strong and tends towards ammonia and the dough seems to almost melt. It is very personal. Some believe that everyone has to respect their taste, which is unique, and find out at what stage they prefer to consume the cheese: younger or more mature.

The best way to buy Brie cheese is to ask to try it and buy small portions, as it is difficult to keep it at home after it has been cut. Unfortunately, few outlets provide this service to the consumer, so it’s useful to know how to judge their appearance –

Brie cheese draws attention for having a soft rind derived from the action of fungi. This soft shell is creamy and has a dense interior. It is considered a semi-fat cheese, for having up to 27% fat, and also for being rich in triglycerides and proteins. The shape of Brie cheese is cylindrical with an average height of 3 cm and a diameter of 30 to 35 cm. A piece of Brie cheese can weigh up to 2 pounds. This cheese is made up of proteins and 4% of minerals. The proteins and minerals that stand out the most in Brie cheese are Calcium, Phosphor, Vitamin A, and Riboflavin.

Brie is very versatile. It’s smooth and striking flavor at the same time, guarantees its presence in any meal and cannot be missing from a cheese board, served as a starter or dessert. Breakfast is delicious with toast and jam. It’s also great on salads, sandwiches or as a fondue. Maturation produces a cheese with a creamy center and a very characteristic flavor. The longer it matures, the more the cheese tastes stronger.