Ceylon Cinnamon VS Cinnamon: What is the Difference? 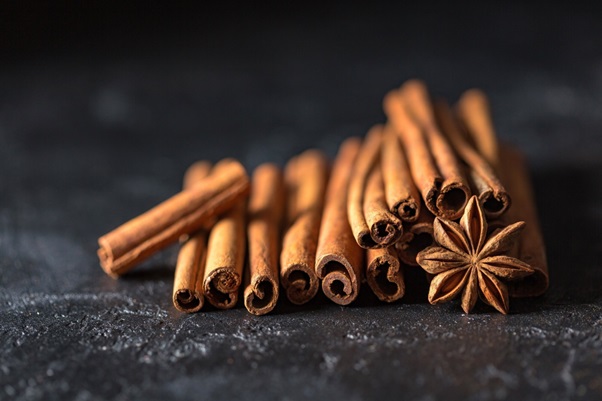 Are you exploring your spice options in the kitchen?

Most people are unaware that they may not be using the same type of cinnamon in their dishes. In fact, different types of cinnamon can leave people confused as to which one is which.

There are two notable types for you to remember. One is Cassia cinnamon, which is among the most common and least expensive. The other is Ceylon cinnamon, sometimes referred to as “true” cinnamon.

What is the difference between the two? Today, we will talk about and help you choose between Ceylon cinnamon vs cinnamon. We’ll list down the differences of each one to help you distinguish which one is better for your projects in the kitchen. Keep reading!

As a starting point in this comparing the kinds of cinnamon, we start with where each type comes from. First off, we look at the Cassia cinnamon, which happens to be the most common type that you would encounter.

The Cassia cinnamon originated in Southern China. This gave it the name Chinese cinnamon.

It also has other subspecies that grow across Eastern and Southern Asia. The Saigon and Korintje cinnamon variants technically classify as Cassia cinnamon.

In this case, Korintje cinnamon traces its origins back to Western Sumatra. This is where it was first cultivated and was also called Java cinnamon.

Meanwhile, Saigon cinnamon traces back its origins from the forests outside Hanoi. This makes its origin rather ironic despite the name.

Ceylon cinnamon traces its origins back to Sri Lanka. This comes to the fact that the old name of the country was Ceylon. What makes this amusing is that its scientific name means “True cinnamon”.

Differences in Color and Appearance

The second thing to note between Cassia and Ceylon cinnamon is in the color. In powder form, this becomes harder to distinguish. When ground up, it can be easy to mix up one with the other.

This becomes easier when you compare them in stick form. You would notice that Ceylon cinnamon tends to take on a lighter shade of brown. It leans towards tan-brown, in this case.

The color is not the only thing that you can note for the differences. The cinnamon stick’s appearance is also the differentiator between the two types.

Appearances are not the only factor that differentiates the two cinnamon types. The other part that you have to take note of here is the flavor that each one has.

Cassia cinnamon is the one that you would usually encounter, being the most common. The flavor that it has is what you would always get when looking for cinnamon. It comes out as being more intense and almost spicy.

The other aspect here is that Ceylon cinnamon powder is among the rarer variants of cinnamon. Thus, making it a prized item to have in your pantry. That can be a good reason why you need Ceylon cinnamon.

If there is a common point that Cassia and Ceylon cinnamon share, it is in the health benefits that they provide. They have a way of controlling your blood sugar, which is a helpful boon for those with diabetes. Along with these, both types of cinnamon come loaded with antioxidants.

Despite this, there is one hurdle that holds Cassia cinnamon back when compared to Ceylon cinnamon. That is in the presence of coumarin. This leads us to the next part.

For those unfamiliar with the coumarin, it is a compound that you can find in certain plant species. The problem is that it can cause health problems when taken in large amounts. It affects the kidneys, liver, and lungs.

Mentioned a few times in the earlier parts, Ceylon and Cassia cinnamon happen to be leagues apart in availability. Cassia cinnamon stands out as the most common as you can find this in the supermarket. This would likely be the type of cinnamon that you would find without any effort in searching.

Ceylon cinnamon takes the short end of the stick as this one tends to be a bit uncommon. This would need specialty spice stores that would have them available. You can also get them in powdered form on both online stores and in specialty stores that offer them.

Because of the availability, this is the other downside to Ceylon cinnamon. Compared to the prices on Cassia cinnamon, Ceylon’s rarity tends to put the price higher. Even so, the price is worth the benefits and flavor that it provides.

Choose Between Ceylon Cinnamon vs Cinnamon

The comparison between Ceylon cinnamon vs cinnamon stretches far from the name and origin. Cassia cinnamon tends to have an intense flavor compared to Ceylon cinnamon’s sweetness and delicate flavor. What Ceylon offers is its lesser coumarin content.

Both cinnamon types work well according to what you want to achieve with your dishes. If you need a healthy choice, however, go with the one with the least amount of coumarin.

Did you find this helpful? We also have other articles that you can check out today, where we tackle a wide variety of topics.