A Guide to Chinese Street Food: 5 of the Best Things to Try 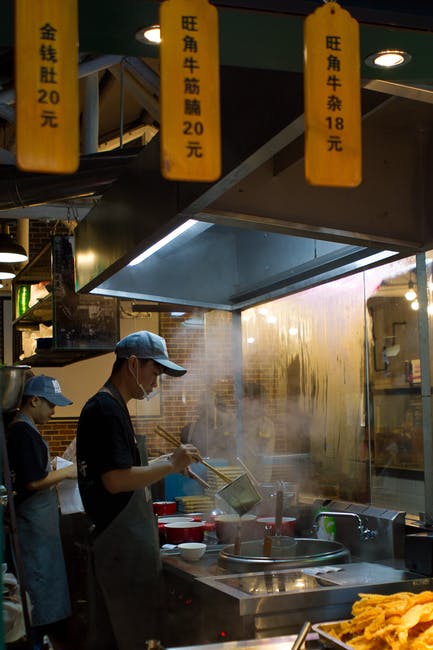 If you ever go to China, you’ll likely notice a few cultural differences. From thriving night markets and jade markets to an abundance of shopping malls and long lines, the country is quite different from our own.

Among the most obvious changes about the nation is its food. Sure, you’ve probably tried a version of Chinese food at an American restaurant, but that’s very different from the real thing.

This isn’t to say that real Chinese food isn’t delicious, but it feels more exotic because it hasn’t been altered to suit American tastes. Some of the best tastes in China come from street food. We’ll talk about some Chinese street food you should try if you get the chance in this article.

A Note on Street Food

It should be noted that there are a few safety risks associated with street food in many parts of the world, China included. Food carts aren’t that well-regulated, so there are some options out there that may cause food poisoning. You’re not likely to get sick, but it’s been known to happen occasionally.

The good news is that the market naturally handles this. If your restaurant makes people sick, chances are that people won’t come back to it, and you won’t be in business for long.

The best advice we can offer is t stick to food that appears popular. Chances are, it’s popular for a reason.

Roughly translating to ‘bun,’ Bao Zi is a popular Chinese dish that consists of a thin bun with a tasty filling. Usually, the filling is either pork or vegetables of some kind.

These can be eaten for breakfast or as another meal. Like many Chinese dishes, various areas of the country make them a bit differently from the others.

Keep in mind that the filling is important. If you choose a filling you’re not fond of, then you’re not going to enjoy the dish.

Chinese pancakes bear little resemblance to the pancakes you’ll find in the west. The first pancakes were made by early humans, but the Romans may have created the Western world’s idea of a pancake. Their version was spiced and made with honey.

The Chinese also have a version, and, in our opinion, they did it better. Instead of a sweetened circle of bread, they make it more like a sandwich or calzone. It’s still bread, but other ingredients like scallions, onions, pork, and pepper are stuffed inside.

Since it’s often cut and eaten like a sandwich, this dish is perfect for those in a rush. If you’re ever in China and looking for a quick, delicious breakfast, grab some Jianbing.

If you’re in America, you’ve probably had Italian-style breadsticks with your pizza. China also has breadsticks, but they take a more simplistic approach.

Instead of adding garlic to their bread, they just fry it until it becomes soft and pillow-like and serve it as is. This may sound bland to a lot of people, and many may find it bland, but others might prefer it to the garlic flavor of Italian breadsticks.

Like Jianbing, Youtiao is a common breakfast food that you can eat on the go. You could even try to combine it with Jianbing and have a breakfast of breadsticks and stuffed pancakes.

Commonly called potstickers, Jiaozi are noodle-wrapped dumplings with some type of filling, usually pork. Unlike some of the other dishes on this list, Jiaozi has been copied in the US and can be found in most Chinese restaurants back home.

Still, there are some significant differences between the original and the American copy. Both versions are delicious, though, and worth a try.

For those typing ‘dumplings near me,’ there’s no need. You can find a great resource by clicking the link.

Jiaozi is a popular holiday food, as well. You can find them at any point in time, but they’re especially popular during the Chinese New Years’ celebrations.

They also come with sauce, in case you want to add a little something.

While rice noodles are used in a lot of different dishes, you should try them in some capacity. This is because you won’t find rice noodles in most parts of the US.

The US climate is better for growing wheat, which is where most of our noodles come from. Meanwhile, many countries in East and Southeast Asia have climates that are better for growing rice, and they consume much more rice than the rest of the world.

A result of this has been that people have found many different uses for rice. One of them is for making noodles. These noodles found their way into many popular dishes, including stir fry, lo mein, and chow mein.

You’ll find no shortage of open-air markets and vendors in China, and Chinese street food is some of the best there is. We’ve talked about some of our favorite dishes in this article, but China is filled with street foods and restaurants, and we could never cover them all.

The good news is that food is our specialty, so if you want to know about other dishes, how to cook them, their health benefits, and related topics, you can find them on our site.