This Is How We Roll: A Beginner’s Guide to Eating Sushi 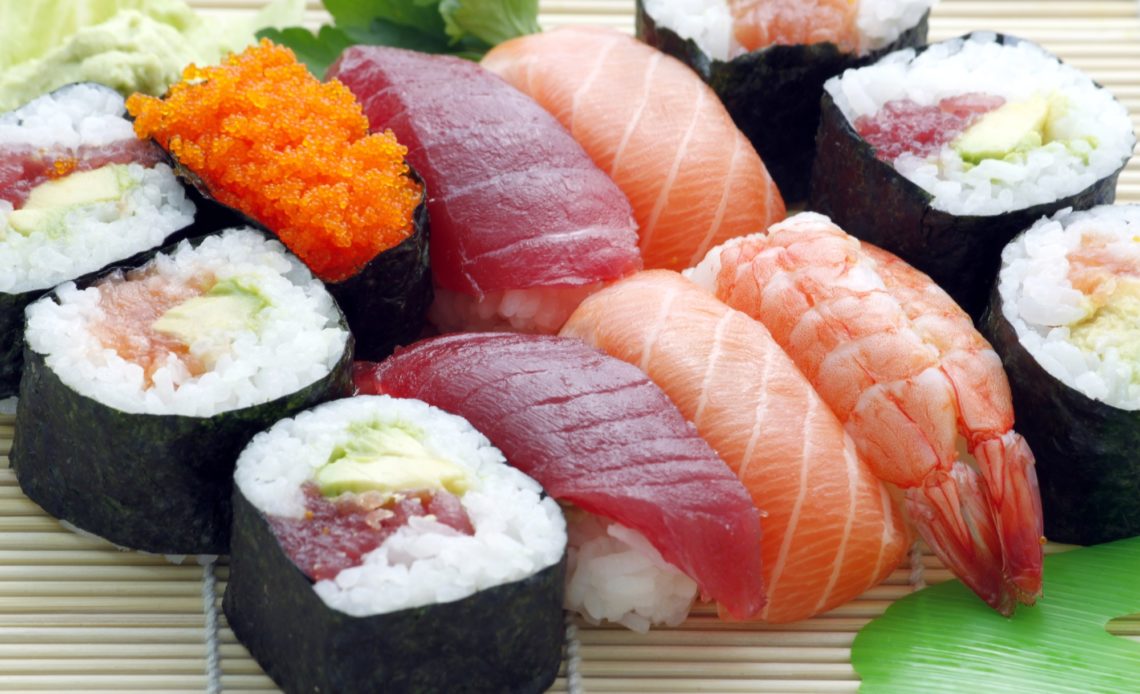 Did you know that there are over 20,000 sushi restaurants in the US? There’s no doubt that Americans love their sushi!

But because this type of food involves raw fish, you might’ve been hesitant to try it. However, rest easy knowing that only fresh, sushi-grade fish is used, which means it’s safe. Plus, there are cooked fish and meats for sushi too!

If this has convinced you to try eating sushi, then you might be wondering where to start. Not to worry, as here’s a beginner’s guide to dining at a sushi restaurant and more!

Before we get into the etiquette of things, let’s first go over the types of sushi available. You might already know that raw fish (or even cooked!) is involved, but you’d actually be surprised at the different ways these dishes can be served up.

Below are some of the common types of sushi that you’ll find in restaurants.

Nigiri is also known as nigirizushi. It’s actually one of the most traditional types of sushi you’ll find.

Typically, a slice of raw fish (such as salmon, tuna, or yellowtail) is placed on top of sushi rice that’s been pressed into a rectangular shape. However, you can also find other toppings such as egg or beef.

Maki, or makizushi, is one of several sushi rolls you’ll find. The filling (again, usually salmon or tuna) is in the middle, with sushi rice surrounding it. And on the very outside is seaweed, wrapping it all up.

Maki rolls can vary in size. The biggest can be about 2 inches in diameter, while the smallest ones can be about half an inch in diameter. Smaller maki rolls allow you to basically get a taster of various flavors without getting too full.

This is also a type of sushi roll, similar to maki (as you can see by the name). The components are all still the same.

However, the order is different. Instead of the seaweed being on the outside of the roll, it switches with the sushi rice so that’s on the outside instead. The filling remains at the very middle.

Temaki is the Japanese word for hand roll. This is a type of sushi where the components are in a similar order as a maki roll. However, instead of being rolled up in a uniform tube, all the components are put into a large sheet of seaweed.

The seaweed is rolled in a conical fashion so you’re holding it like an ice cream cone. Typically, the ratio of rice to fillings is a lot lower than with the other types of sushi on this list.

If you’re a purist, then you’ll want to go for sashimi. This is where you eat the “filling” and nothing else. This means you get slices of fresh raw fish on your plate, which means a lot of people think this is the best sushi available.

Sashimi allows you to enjoy the pure flavors of the ingredients without the distraction of rice, seaweed, and other seasonings. However, if you feel it’s daunting to start off with pure raw fish straight away, you’ll probably be better off tasting the other types of sushi on this list first.

How to Eat Sushi

The etiquette for eating sushi will depend on where you go. Just like how there are formal and casual western restaurants, the same goes for sushi restaurants.

For the purpose of this article, we’ll show you how most people eat sushi in a casual restaurant.

Pour a little bit of soy sauce into the small sauce dish. Now place just a tiny bit of wasabi into it. A little bit goes a long way here!

Next, pick up the piece of sushi with your chopstick. Dip a little of it into the soy sauce and wasabi mix, and then eat it in one bite. If you’ve ordered larger, American-style sushi, then you can eat it in more bites.

Before you eat another piece of sushi, cleanse your palate with a piece of the pickled ginger. It’s not for everyone, so you don’t have to do this step.

Some Popular Sushi Rolls to Try

As we’ve said above, you might be too intimidated to try sashimi on your first go. And that’s ok!

In that case, there are some popular sushi rolls you can turn to first. Any top restaurant should serve the sushi rolls below:

As you can see, the world of sushi has lots to offer. So if you’re feeling like being adventurous, eating sushi can be a great way to expand your palate.

Not only are there different types of sushi available, but you don’t always have to eat raw fish either. If you want peace of mind, you can always opt for something “safer” on your sushi, such as cooked beef or eggs.

Once you get comfortable with those ingredients, perhaps you’ll feel better about venturing into the raw fish territory. Bon appetit!

If you want to read more about food, then take a look at our other blog posts now!