The Truth Behind Frozen vs Fresh 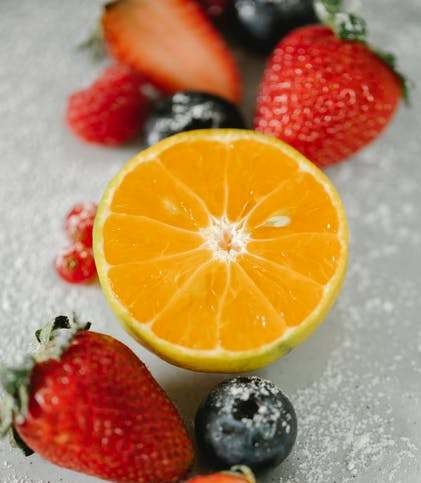 Are you wondering whether fresh or frozen foods, especially fruits and veggies, are healthier? If you’re trying to buy the best food options for you and your family, keep reading.

If you’re curious as to what the nutritional factor of frozen vs fresh food is as well as how they differ, keep reading. In this guide, we will go over the differences between fresh and frozen foods so that you can shop for the healthiest options.

Did you know that most fresh produce is picked before it’s ripe? This is done so that the produce can ripen during transportation. However, it also gives produce less time to develop all the minerals, vitamins, and natural antioxidants it would have if picked at a later time.

Fruits and veggies tend to spend anywhere from a few days to several weeks in transit before arriving at their destination or distribution center. Some produce, like apples and pears, can even be stored for up to twelve weeks in controlled conditions before being sold. Produce is typically kept in a controlled environment during transportation as well.

This controlled environment is typically chilled and treated with chemicals to avoid spoiling the produce. Then, when produce hits the grocery stands, it can be there for up to three days. Typically, produce is stored for up to seven days in a household before being eaten.

Produce that will be frozen tend to be picked at their peak ripeness, which is when they are most nutritious. Once they are picked, they will then be washed, cut, blanched, and frozen. They can then be packaged, all within a few hours. However, many fruits are not blanched, as it can ruin their texture.

Instead, fruits are sometimes treated with ascorbic acid which is a form of Vitamin C. Other times, they are treated with added sugar to prevent spoiling. However, in most cases, no chemicals are added to produce before it is frozen.

Typically, freezing produce will not cause a lack of nutritional content, and will instead help retain it. However, if the produce is frozen for over a year, the nutritional compounds can being to break down and deteriorate. There are also certain nutrients that are lost during the blanching process.

The balancing process occurs before the produce is frozen. In the process, produce is put into boiling water for a few minutes to kill any harmful bacteria while also preventing losing the texture, flavor, and color of the produce. However, this process also strips produce of its water-soluble nutrients such as Vitamin C and B Vitamins.

Nutrients in Both Fresh and Frozen Produce Decrease in Storage

After harvesting, fresh produce tends to start losing its natural moisture, which means it has a higher chance of spoiling and losing its nutritional components. Nutrients can begin to decline in fresh fruits when refrigerated for more than three days. This decline is more rapid in softer fruits.

Vitamins C begins to decline in fresh vegetables right after harvesting and continue to decline during storage. Vegetables stored in both chilled and room temperature environments will also lose antioxidants over time. For these reasons, it’s best to eat fresh produce as soon as possible after harvesting.

Frozen Vs Fresh: Which Option Is More Nutritious?

While there is some nutritional value lost in the freezing process, it is very little. For this reason, frozen and fresh produce have similar nutritional value and antioxidant activity. Additionally, in some cases, frozen produce may contain higher levels of certain nutrients, such as Vitamin C, than fresh produce, especially fresh produce that has been stored at home for several days.

All in all, the healthiest produce will be straight from your local farm or picked from your own garden. However, if you don’t have access to these fresh options, shopping for both fresh and frozen fruits and veggies will provide you with similar nutrients. It’s best to choose whether to buy fresh or frozen produce based on what you need the fruit for, as well as how quickly you plan to eat it.

Frozen fruits and veggies can often be a more convenient option when buying in bulk, and they can help you cut down on letting fresh produce go to waste. For a frozen food option that preserves food at its freshest, learn more about IQF today.

While many are concerned over the nutritional value in frozen vs fresh produce, the value is quite similar. For this reason, when grocery shopping, it’s best to buy produce in the form that makes the most sense for you. Choosing a mix of both fresh and frozen vegetables will allow you to benefit from a variety of nutrients.

For additional health advice, head to the “Balanced Diet” section of our site.